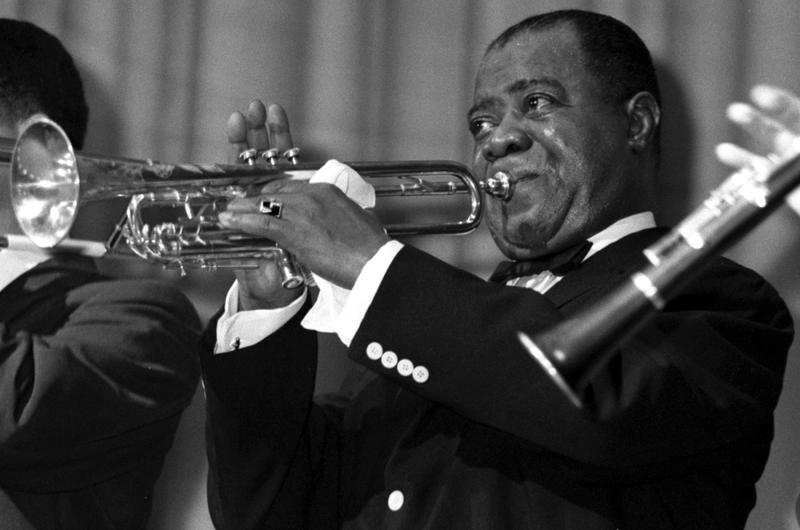 SEOUL — The Saints marched in the Republic of Korea Monday night, with Louis Armstrong and his trumpet clearing the way.

The ageless "Satchmo" was on hand to open the ROK's multi-million dollar Walker Hill Resort, located on the Han River, just 35 minutes from the heart of Seoul.

Any doubts concerning the durability of Pops' "chops" were quickly erased as the old warhorse winged his way through such foot-stompers as "Back Home Again in Indiana," "The Saints" and "Mahogany Hall Stomp." Armstrong's famous gravel voice drew repeated applause as he tackled slow standards like "Blueberry Hill" and "That's My Home."

Shaw, a veritable giant of a man, drew heavy applause when Louis featured him in a couple of solo spots.

Louis and his romping crew will hold forth at Walker Hill for two weeks before flying to Japan for a series of night club and concert bookings.

The Walker Hill complex is composed of 26 recreational buildings, including hotels, motels, a mansion and the four-star Clover Club.

Facilities include a night club with a revolving stage and a sustaining show of some 20 girls, a. 13-piece orchestra, swimming pool, bowling alley. numerous bars, barber shops and Turkish baths.