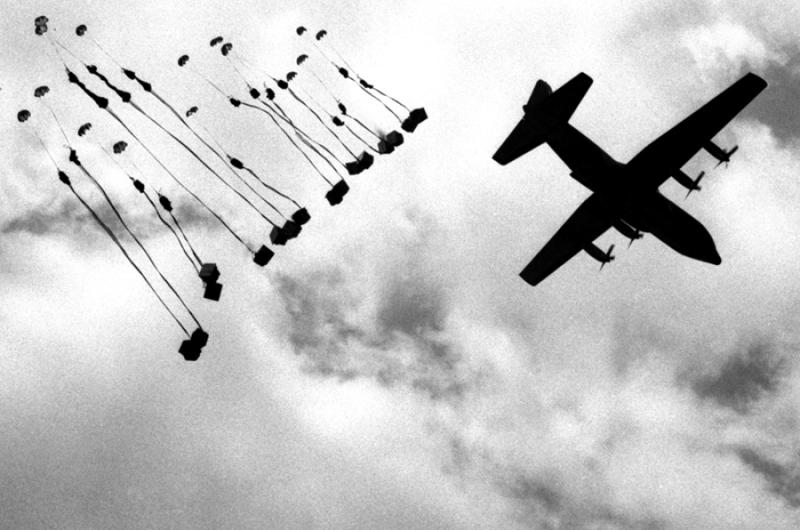 The multi-division force pushed toward the center of a horseshoe-shaped jungle area in Operation Junction City — the largest of the war.

U.S. casualties were listed as light as the operation entered its third day. Americans have killed 19 Viet Cong in the War Zone C area where VC leaders are believed sheltered.

A battalion of the 1st Inf. Div.'s 1st Brigade uncovered what was described as a communist R&R center Friday less than two miles from the Cambodian border.

The center, also believed to be an administrative office, contained radio batteries, a walkie-talkie and two machineguns.

First division spokesmen said a Viet Cong soldier killed Thursday was believed to be a member of a supply unit of the Central Office for South Vietnam — the VC's supreme headquarters.

(The communists sent one round from a rocket launcher through the armored side of one vehicle and bounced rockets off two more. Several Americans were wounded.)

The camp received 130 rounds of 82mm mortar fired from the north and took light casualties. according to a 1st Div. spokesman.

Another unit of the 1st Div. received several rounds of mortar or artillery fire which may have been fired from across the Cambodian border. Division commander Maj. Gen. John H. Hay ordered the fire returned.

Military spokesmen in Saigon, however, had no report of communist fire from across the Cambodian frontier.

In another incident Friday, Pacific Stars and Stripes staff correspondent SP5 Gerry Forken reported that a Huey helicopter was downed by 18 rounds of enemy fire less than a minute after he alighted from the chopper. The crew also escaped injury.

The. helicopter, returning to a 1st Div. battalion headquarters after a supply drop, was damaged, but was able to limp back to its base and was later hauled out by a Chinook helicopter.