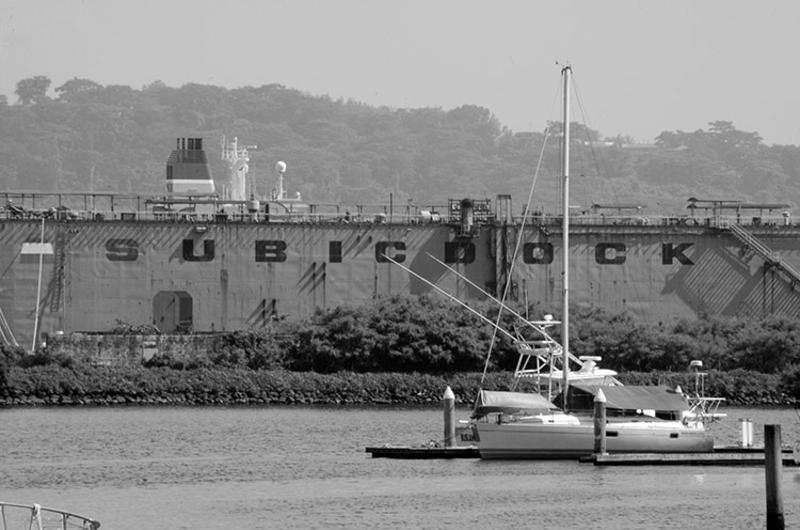 Subic Bay in the Philippines was once home to thousands of U.S. sailors and their families before the Navy vacated its bases there in 1992.

TOKYO – Working for Stars and Stripes Pacific marked a significant phase in many of its alumnus’ careers.

Female leadership at Stars and Stripes Pacific during Kathleen Gudza Struck’s three years as Pacific managing editor “was not in everybody’s comfort zone,” but the women she worked with did great jobs and dispelled prejudice, she said.

Military staffers were more understanding of female leadership; the civilian side was a harder sell, Struck said.

Susan Kreifels said she became Philippine bureau chief in 1987 at a challenging time, a sign the editors had faith in her ability.

“There were some interesting experiences,” she said. “I spent a night on a U.S. carrier in the Indian Ocean, the only woman among 6,000 crew members.

“I cannot overemphasize what an amazing experience it was to work for Stripes, to get to know the DOD a little better, to get to know enlisted, officers, all different kinds of people that are serving the U.S. overseas, diplomats and then come back and kind of process that with people like Dr. Carter and Dr. White.”

“One of the great things about working at Stripes or working for DOD was you realize these military bases are just small-town America transplanted to a different country,” she said. “I’m walking around the grocery store and I say to somebody, I work for Stripes, and they’re like, ‘That’s so cool, I read it all the time. That’s where I get my gas prices. I just liked the story you did about housing.’ The same kind of response you get from any readership.”

Kreifels is media program manager of East-West Seminars for the East-West Center. She recalled the excitement of covering big stories with international impact.

“I rode on every kind of aircraft and ship and tank,” she said, “tail hooked and catapulted off carriers, watched mid-air refueling, saw boatloads of troops transiting through Subic Bay headed to the first Gulf War.”

Every American should have the same opportunity that Stars and Stripes reporters have to understand and respect the discipline, skills and power of the overseas U.S. military, Kreifels added.

Rick Rogers, a former soldier who was assigned to Stripes’ Tokyo office in the early 1990s, finished his long journalism career in 2009 as a military reporter for the San Diego Union-Tribune. He’s a financial adviser today.

Stars and Stripes is an indispensable news source for service members and their families, Rogers said.

“The information that comes out is not the type of information a military member is going to get elsewhere. It’s not the base newspaper or a Japanese newspaper. It’s the only source of news on certain issues,” he said.

Former Marine and Stars and Stripes photographer Earnie Grafton, who bluffed his way in the 1990s past the Khmer Rouge in Cambodia with Kreifels and Russian spetznatz in Vladivostok with Rogers, said he felt like a “kid in a candy store” during his three years with Stars and Stripes Pacific. He considered good journalism his duty.

“Me being a Marine, my duty was to do a good journalistic job, First Amendment all the way,” he said. “And that was my job, that’s what I was getting paid for.”

Grafton, still a photojournalist who covered the invasion of Iraq and Afghanistan for the Union-Tribune, echoed Brian Brooks on the larger role that Stars and Stripes plays in a democracy.

“I always thought a sign that we belong to a great country is when the U.S. government would pay to have an organization report on itself,” he said. “That’s what a good country does and that’s what Stripes did.”