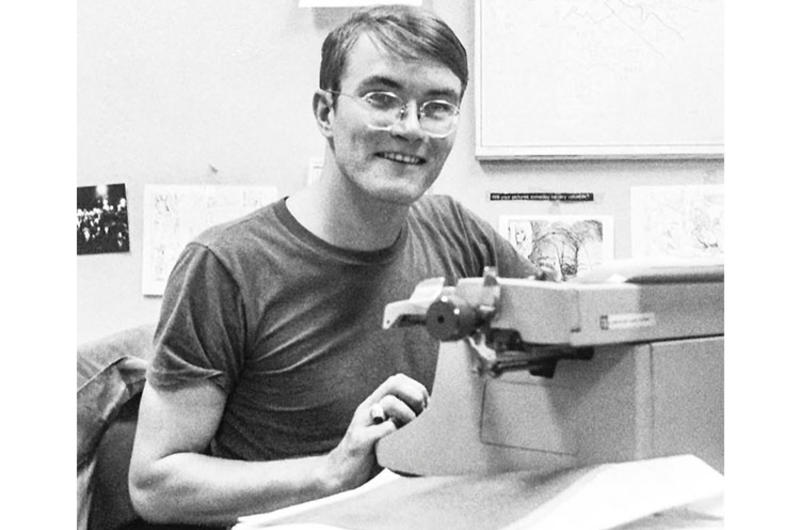 Saigon, December, 1970: Stars and Stripes reporter Spec. 5 Steve Kroft at his desk in the newspaper's Saigon bureau. On May 17, 2019, CBS announced that Kroft will retire after 30 years as a reporter for "60 Minutes," America’s most-watched news program. "60 Minutes" was created by one Stripes alumnus, Don Hewitt, and for years featured another, Andy Rooney.

Veteran broadcaster Steve Kroft, who retired from CBS-TV’s “60 Minutes” in 2019 after three decades with the groundbreaking news program, began his journalism career with Stars and Stripes Pacific during the Vietnam War.
Kroft, 74, broke into news as a correspondent and photographer while serving in the Army in Vietnam.

“[Stars and Stripes] would be the thing that I really wanted to do, and I felt it was something that would show up on my résumé and that I would be proud to have on my résumé,” he said in October 2018 at the Washington, D.C., premier of a documentary film on the newspaper, which he narrated.

Following his military service, Kroft earned a master’s degree from Columbia Journalism School and worked for local television stations in Jacksonville, Fla., and Miami before joining CBS News in 1980.

He was transferred to New York in 1987 as principal correspondent for “West 57th,” a news magazine that led to his assignment on “60 Minutes.”

He won his first of five Peabody Awards for a 1990 critical look at how the military disciplined an experienced officer for a friendly fire incident. His interview with President-elect Barack Obama drew more than 25 million viewers in November 2008 and remains the largest "60 Minutes" audience since 1999.

Kroft was the longest-tenured reporter for “60 Minutes,” which was created by fellow Stripes alumnus Don Hewitt and for years featured another, Andy Rooney.

His numerous citations include the Investigative Editors and Reporters Award, the George Polk and JFK Journalism Awards and a Lifetime Achievement Emmy Award.