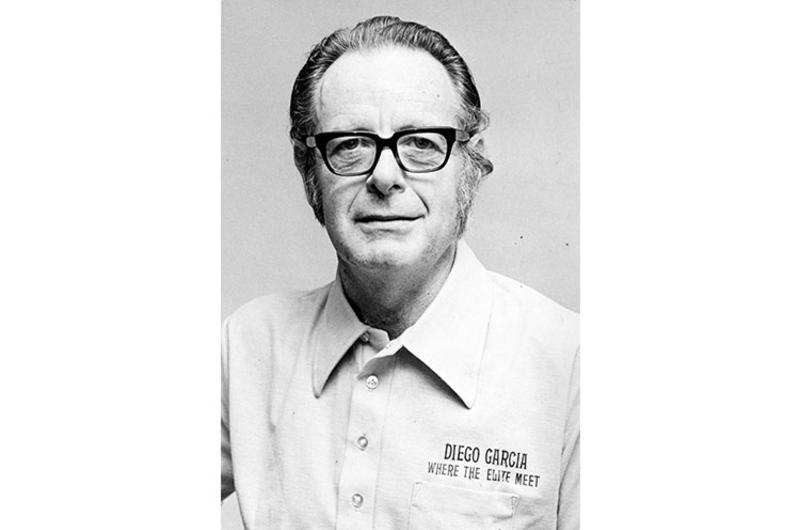 Hey, Capt. Steven Block, thanks a lot for your thoughtful anger. I got the Diego Garcia sport shirt, a jaunty and distinctive memento that will join a whole gallery of valued souvenirs-the Tonkin Gulf Yacht Club patch I was given aboard the Independence in 1965, the Highline Certificate that was presented with flourish after I was bucketed from the Midway to the Vesuvius. 08/31/1980]

During his nearly four decades with Stars and Stripes, Hal Drake covered everything from high-level summits and the release of POWs from Vietnam to Muhammad Ali and high school sports.

A native of Santa Monica, Calif., Drake served 10 months in the Korean War as an artilleryman, viewing up close the carnage on Heartbreak Ridge. He applied for one of a handful of reporting jobs at Stars and Stripes and joined the Pacific staff in July 1956.

Until his retirement on Dec. 31, 1995, Drake worked as a reporter, then later as senior writer and columnist. He traveled four times to Vietnam during the war, and later returned with freelance photographer Jim Bryant in April 1985 for the 10th anniversary of the end of the war.

He was at Clark Air Base, Philippines, in February 1973 to greet returning POWs released from Vietnam.

Every president, “Ford through Clinton – I think I got them all when they came over here,” Drake once said. He was equally comfortable quizzing rock musicians such as Rod Stewart about their choice of song lyrics.

“He managed to find the human element in everything he wrote. And he was always a gentleman in the process,” said former Pacific Stripes news editor Ron Rhodes.

Drake marched to his own drummer, his former co-workers said.

“Hal’s desk — a pile of thousands of papers nearly three feet tall — was the stuff of newspaper legend,” said former colleague Adam Johnston, who was assigned to Stripes from 1993-99 while in the Air Force.

Drake could often be seen wandering the newsroom twirling and eyeing an elongated band of wire called a whirligig.

“He was quirky, but always fun and always smart,” said Gerry Galipault, who worked in the Tokyo office from 1984-90. When working the whirligig, “you could tell his mind was working a mile a minute, thinking about what to write next, what to say. And he always said it beautifully.”

After leaving Stripes, Drake and his wife, Kaz, retired to the Gold Coast in Queensland, where they helped run an international student exchange program.

After a lengthy battle with stomach cancer, Drake died there in 2013 at age 83.