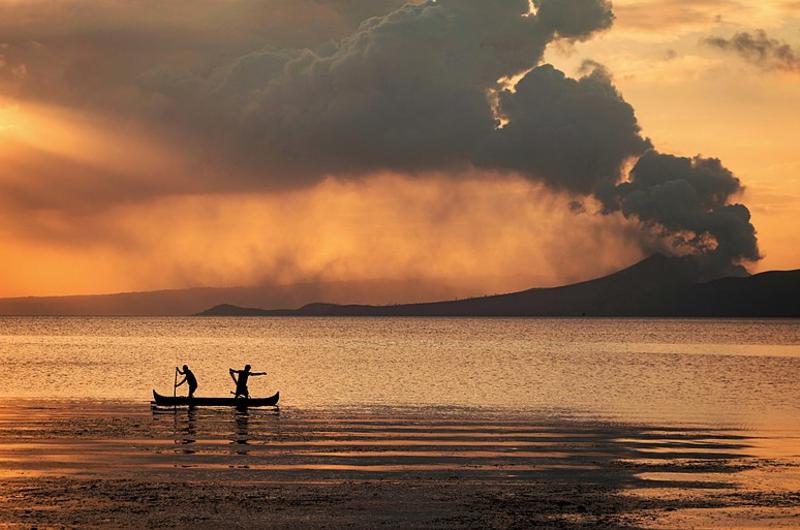 Locals fishing on Taal lake despite the imminent danger of another eruption from Taal Volcano. January 14, 2020.

By Staff | Stars and Stripes