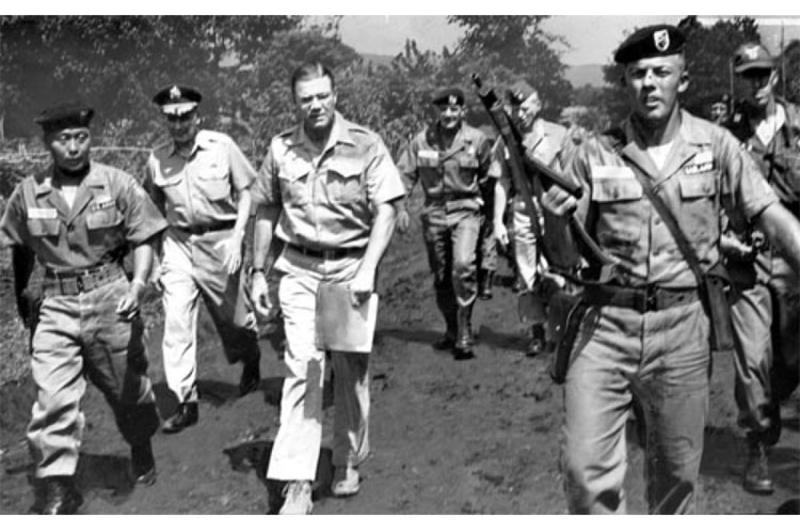 Pfc. Frank Orians of Grand Rapids, Mich., escorts Secretary of Defense McNamara and his entourage on a walk into an unsecured jungle area in Vietnam.

By Steve Stibbens | Stars and Stripes

SAIGON — America's top military leaders sloshed through muddy remote villages of the strife-torn Republic of Vietnam to learn first-hand how the war against the Viet Cong is going.

During their tour, McNamara and Taylor visited a Viet Cong deserter camp, the Thu-Xa "Open Arms" Center, where they spoke with a former Viet Cong lieutenant who explained why he joined the communists and why he decided to desert.

McNamara and Taylor were briefed at combined American-Vietnamese conferences at which Harkins and top Vietnamese commander were present. Harkins and other U.S. military leaders here have discounted pessimistic reports on the progress of the war and are known to favor full support for government forces.

Appearing to be impressed, McNamara commented, "That's a fantastic amount of force."

The IV Corps area is infested by nearly half of the estimated 25,000 Viet Cong communists operating in this country.