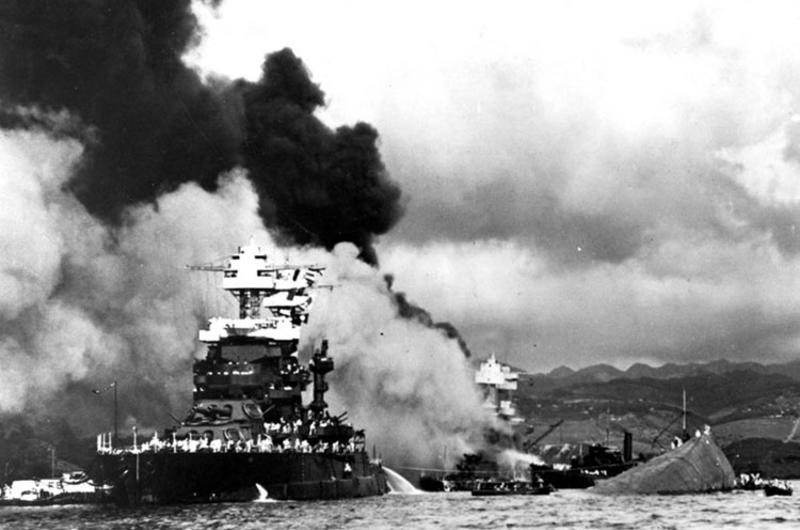 FORT SHAFTER, Hawaii — The remains of a pair of brothers who died aboard the USS Oklahoma during the Dec. 7, 1941, Japanese surprise attack on Pearl Harbor have been identified.

The Trapps were from La Porte, Ind.

On the eve of World War II, it was common for brothers to serve together aboard ships — a practice that ended after all five brothers from one family died aboard the USS Juneau during the battle of Guadalcanal on Nov. 13, 1942.

The Oklahoma was moored on Battleship Row at Ford Island, Pearl Harbor, on the morning of the attack. It was hit with multiple torpedoes released from Japanese aircraft, and the battleship quickly capsized.

Surviving crew members jumped 50 feet into the flaming water or scrambled across mooring lines to the nearby USS Maryland; 429 crew members died in the attack.

The ship was refloated and salvaged in 1943. Some crew members’ remains from the Oklahoma were so badly burned or decayed that identifications were not possible, and they were buried in gravesites for the unknown at the National Memorial Cemetery of the Pacific in Honolulu.

Those graves were exhumed in recent years and remains taken to the accounting agency’s lab at Joint Base Pearl Harbor-Hickam for analysis.

There were at least 10 sets of brothers serving aboard the Oklahoma at the time of the attack.

The three Barber brothers — Malcolm, LeRoy and Randolph — had all enlisted in the Navy in 1940 and were firemen on the Oklahoma. None survived.

The remains of some have only recently been identified.

Machinist’s Mate 2nd Class Leo Blitz and Fireman 1st Class Rudolph Blitz enlisted together at age 17 and died in the attack. Their remains were identified in May 2019.