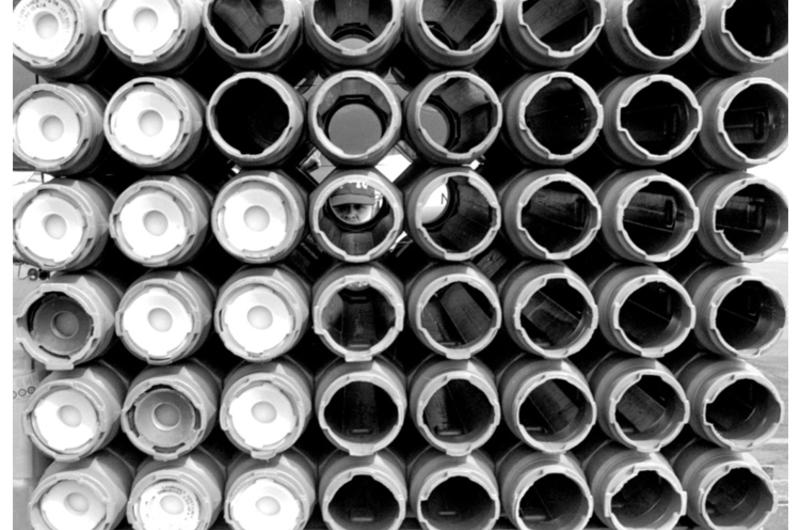 A member of the crew at Misawa Air Base peers through an empty container that held a sonobuoy before it was loaded onto a P3C Orion.

By Bob Wickley | STARS AND STRIPES

Today's mission, like many since Patrol Squadron 40 (VP-40) arrived here in early February, will begin at 3 a.m. and will probably end 18 hours later.

First, there's a preflight briefing, then a three-hour preflight check of the P3C Orion sub-hunting plane and its sophisticated electronic equipment.

The weather is much colder here and there's more snow than the men of VP-40 contend with at their home station, Moffett Field NAS near San Francisco.

The most intriguing part of the VP-40 mission is detecting, tracking and pinpointing submarines. It's important to know the adversary's operational environment and movements.

The Orion can carry a large number and variety of weapons; however, they are only carried during war. Search equipment is carried on all flights.

The Lockheed Orion is said to be the world's most sophisticated antisubmarine warfare system, equipped with modern computers and acoustic monitoring devices called sonobuoys. It is a very effective aircraft for its designed mission, according to the crewmen.

The P3C aircraft often works in conjunction with other American and allied surface and subsurface units during coordinated exercises. "These exercises allow us to develop the necessary tactics to be used at a later time," stated Lt. (j.g.) Dan Clayton, a VP-40 navigator.

VP-40 keeps two aircraft on a ready alert status at all times, one of them on a one-hour response for operational missions and emergency medical evacuations. The squadron can also help ships in distress.