The Philippines’ ‘Dirty Harry’ could alter security balance for US, China

The Philippines’ ‘Dirty Harry’ could alter security balance for US, China 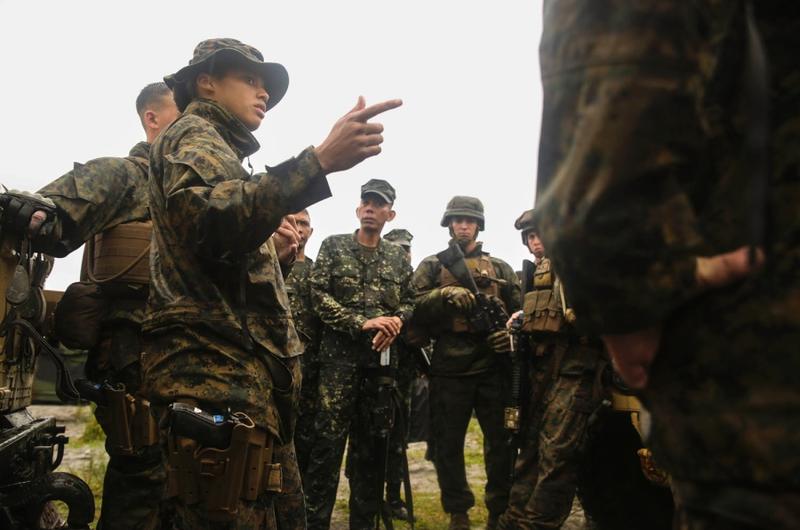 TOKYO — Washington’s goals for free movement in the South China Sea were never simple. They got even more complicated when a man nicknamed “Duterte Harry” got elected president of the Philippines.

President Rodrigo Duterte, whose moniker is a reference to Clint Eastwood’s throw-the-book-away cop in the “Dirty Harry” movie series, does not appear to share his country’s generally positive attitude toward the United States.

He made that clear when he told a news conference that President Barack Obama could “go to hell,” among other, unprintable things.

Duterte’s openness to curtailing U.S.-Philippine military ties in favor of closer links with China — even after China muscled the Philippines away from territory it claims — that could potentially alter the region’s security balance.

Duterte headed Tuesday to China, where he will discuss economics, security and what is arguably the world’s most contentious, uninhabitable lump of rock.

He will then go to Japan, where analysts say Prime Minister Shinzo Abe’s government will try to keep Duterte from lurching too far toward China’s vision of South China Sea ownership.

It was a popular commercial fishing area for Philippine sailors until 2012, when a standoff between ships over claims of illegal Chinese fishing led China to take control of the surrounding area. It has barred Philippine ships ever since.

“I will just say, ‘Just let my brother Filipino fishermen go back there to fish,’ then we can talk,” Duterte, in a recent speech, said he would tell Chinese leaders.

Duterte said there is simply no way the Philippines can remove China from Scarborough militarily. However, by adding he wouldn’t bring up a recent international ruling that China acted illegally at the shoal, he implicitly acquiesced to Chinese control.

He will now talk about Scarborough with China, but “there will be no hard impositions,” Duterte told reporters.

This is a major turnaround from Duterte’s predecessor, who asked for U.S. help in defending Philippine territory and forged an agreement that gave U.S. troops access to the Southeast Asian archipelago’s military bases.

In March, Chief of Naval Operations Adm. John Richardson told Reuters that Chinese ships looked as if they were preparing for construction at the shoal.

China has already built multiple artificial islands atop submerged reefs claimed by other countries in the South China Sea, and then added self-propelled artillery, radar and airstrips capable of supporting fighter jets and bombers.

Scarborough Shoal has been discussed as a potential line in the sand, where China’s growing military presence in the sea would halt.

A White House official described the “unvarnished earful” that Obama gave Chinese leader Xi Jinping over the island-building to a New York Times reporter in April.

In July, the Permanent Court of Arbitration in The Hague found no legal basis for China’s “historical claim” to 90 percent of the South China Sea, citing international law ratified by China.

It also ruled China had “violated the Philippines’ sovereign rights” and “unlawfully created a serious risk of collision” by obstructing Philippine vessels at Scarborough.

China dismissed the ruling, but it bolstered arguments made the U.S. and others in Southeast Asia.

The U.S. doesn’t take a position on what rocks should be owned by China, Taiwan, Malaysia, Vietnam, the Philippines or Brunei, all of which have South China Sea claims.

However, Washington cares a lot about freedom of navigation in what it considers international waters, as well as the $1.2 trillion in U.S. trade that passes through the sea annually.

Courting China
China’s ambiguous claims to the South China Sea as its territory, along with its disagreement over where U.S. Navy ships should be allowed to go, have created tensions between the two powers.

Duterte doesn’t see that as his problem.

He has canceled preparations for joint exercises with U.S. troops next year and ruled out joint patrols with the Navy in the South China Sea. He has also called for U.S. special operations troops to end a 14-year-old assistance program with the Philippine military, a mission generally seen by U.S. analysts as productive in minimizing terrorist groups.

Analysts say these moves away from the U.S. haven’t necessarily reassured China.

Duterte is looking first to see what China can provide economically, said Renato Cruz De Castro, a researcher at the East-West Center in Washington and professor at De La Salle University in the Philippines.

“Duterte is a wild card, and I think the Chinese are looking at him in the same manner,” De Castro said.

Beijing’s desire for the Philippines’ natural resources makes an economic deal a possibility.

Southern Mindanao, Duterte’s power base, is home to influential families of Chinese origin, and Duterte has repeatedly touted his nation’s shared ancestry.

Duterte’s apparent warmth for China coincides with resentment of the U.S. as a former colonial power, despite polls reflecting broad U.S. popularity among Filipinos.

This isn’t the first time China has seen a Philippine president try to balance relations between Washington and Beijing.

Former President Gloria Macapagal Arroyo tried pulling back from the George W. Bush administration while drawing closer to China, and ended up being trusted by neither, De Castro said.

Meanwhile, Duterte’s trip to Tokyo after Beijing could stir debate among Chinese officials over how to treat the Philippines.

Japan has already agreed to give the Philippines 10 coast guard vessels and has participated in development projects in Davao City, where Duterte previously was mayor.

Japan is deeply unpopular with the Chinese and is embroiled in a territorial dispute over the Japan-administered Senkaku islands. China’s claim there has spurred numerous incidents of opposing jets scrambled over the islands, as well as tense situations at sea.

Duterte moving toward Japan’s security orbit could prove even less popular with China than closer ties to Washington.

“He’s actually playing a more dangerous game than the previous administration in being more close to Japan,” De Castro said.

Japan is keenly aware of Duterte’s personal feelings toward the U.S. and will try to keep him close, said Tetsuo Kotani, senior research fellow at The Japan Institute of International Affairs.

“The general sense in Tokyo is that the U.S. should not deal with Duterte directly, because that could just make the situation more complicated,” Kotani said. “My sense is the Japanese government is determined to work with Duterte to keep him on our side, otherwise we may push him toward China.”

With the Philippines poised to take the chairmanship of the Association of Southeast Asian Nations next year, neither the U.S. nor Japan wants Duterte to shelve The Hague ruling that invalidated several of China’s positions, Kotani added.

For the most part, neither China nor the U.S. has reacted strongly to Duterte’s inflammatory words thus far.

U.S. officials are instead waiting to see how Duterte’s actions unfold.

Dialogue with China that lessens tensions could yet work to U.S. interests, particularly if it keeps China from militarizing Scarborough Shoal.

The official U.S. line is that the Philippine alliance remains strong — stronger, perhaps, than any one president’s misgivings.

For the U.S., “What is needed is strategic patience with Duterte,” De Castro said.