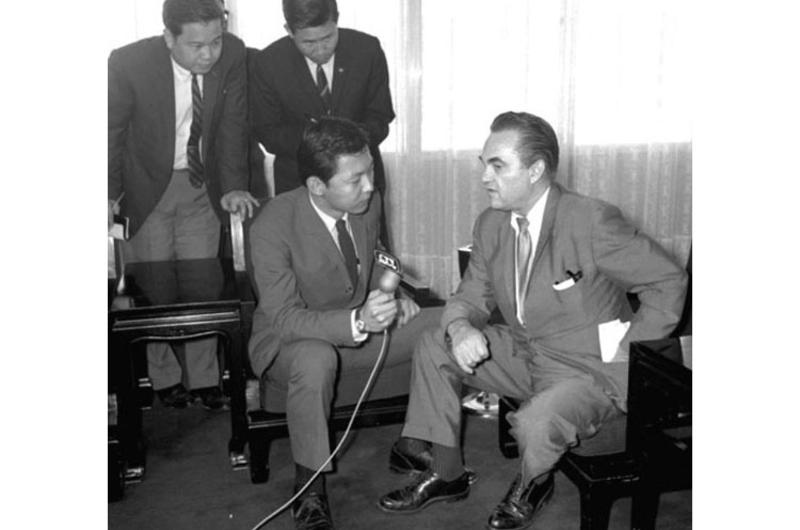 TAIPEI — George C. Wallace, the third party candidate in the 1968 presidential election, said here that President Nixon's address to the nation "left the door open for the application of more military pressure if the enemy escalates the war."

Wallace, concluding a three-day private visit to the Republic of Taiwan, said Thursday that he supports the President's speech but he believes that "much more" should be done to end the war. He said that most Americans had wanted to see military pressure applied two or three years ago to end the war.

"The American people are impatient and want American combat men out of Southeast Asia, but not before: an honorable peace is concluded," he said.

He told Pacific Stars and Stripes that if the proper military pressure could be applied to stop the flow of enemy material eventually the Viet Cong and the North Vietnamese would be disarmed and mop-up operations could be completed in a year or two. "That would mean less lives lost on both sides," he added.

"I believe prolongation of the war has brought more casualties to both sides and that is one reason I had hoped they would apply military pressure long before now," he declared.

In answer to a question he said that people have the "right of dissent" but he said he questions the good judgment of persons who march in the streets because such actions boost the morale of the enemy..

He said he considers individuals who fly the Viet Cong flag and call for Communist victory as traitors and noted that giving "aid and comfort to the enemy" is a definition of treason in the United States.

"Street-marchers chanting 'Ho Chi Minh' do not represent the American people," he said. "but Hanoi misreads that."

Asked for an opinion, he said that Nixon has been President only about a year and that a man "should have a chance to prove himself."

Wallace had a one-hour visit with Taiwan President Chiang Kai-shek Wednesday, and Thursday toured the National Palace Museum. He described his trip to Asia as a fact-finding tour on which he would report over several nationally televised programs after returning to the United States.