A taste of home for USFJ GIs

A taste of home for USFJ GIs 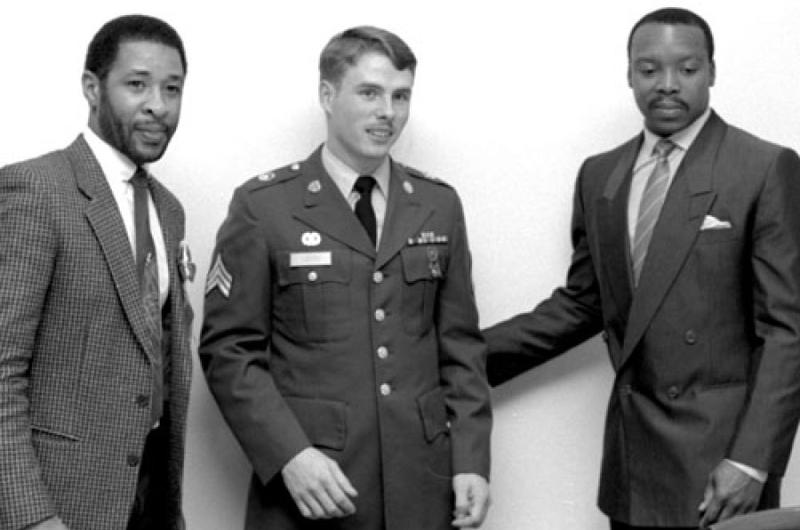 That was the message the St. Louis Cardinals and Anheuser-Busch brought on their goodwill baseball mission to Tokyo on Tuesday.

The occasion may have only been a publicity stunt for Anheuser-Busch and the Cardinals. For the servicemen and women in attendance, however, it was a chance to meet with some of baseball's flashiest superstars.

"I was chosen to attend because I was named the Sailor of the Quarter," said Steve Luty, 22, a hospital corpsman onboard the guided missile cruiser Reeves at Yokosuka. "I played ball in college and this was a chance for me to ask Whitey if he'd be interested in signing me."

For Herzog, the Cardinals' outspoken skipper, the promotion was a chance to salute his fellow GIs.

"My heart goes out to the men and women who serve overseas," Herzog said. "I served over here from '52 to '54 in Korea so I know how it feels. I've been in the Far East and in Europe, and I know that all over the world there are a lot of baseball fans serving our country."

And the Kanto Plain GIs appreciated Herzog's visit. Command Sgt. Maj. Joe Rynne of Camp Zama's 17th Area Support Group said, "It was nice of Anheuser-Busch and the Cardinals to invite all the services to this event. It brings a bit of home to all of us who are serving in Japan.

"We've all had a great time getting autographs and meeting celebrities that most of us have only seen on TV."

The fun and the honor did not rest solely on the shoulders of those stationed overseas. The guests of honor were also delighted to be involved.

"I'm glad to have the opportunity to represent the St. Louis Cardinals and to meet some of the people who are stationed overseas," Smith said.

"I appreciate the job they do for the country."

"I hope that everyone has an opportunity to watch us play this year. I also hope that those who wear Cardinal ball caps or shirts will wear them proudly. I hope that this year we will be able go that extra step and make you proud of us."

Stan "the Man" Musial added, "I was in the Navy in '45 and '46 in Hawaii. I know that the people serving overseas are doing a great job and I just want to say thank you."