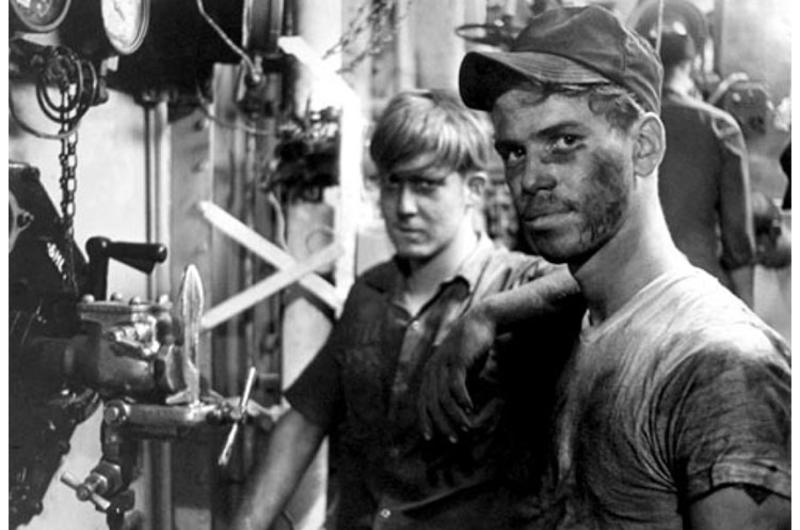 By Bob Wickley | Stars and Stripes

YOKOSUKA, Japan — The U.S. Navy in the past two centuries has had jobs that have certainly been tagged with colorful nautical names.

Names such as "coal passer," "loblolly boy," or "Jimmy legs" aren't too widely used today, except by traditionalists. These are but a few of the names attached to the men who made up the Navy in the days of "wooden ships and iron men."

Hospitalmen of today's Navy have been tagged with many nautical names. Onboard USS Constitution, the boys who helped the surgeon's mate were called "loblolly boys." (Both the thick gruel and medicine they served to the patients were known as loblolly.) As time went on these men were also known as apothecaries, pharmacist's mates, surgeon's stewards, baymen, hospital stewards, and, those assigned to Marine Corps units were most often called corpsmen.

"Captain-of-the-top" is another name that is derived from the oldest days of the Navy.

Today, these men are known a s boatswain's mates. The boatswains call or pipe in the early days could be heard from the tallest mast to the deepest hold. It still can be heard via the ships intercom.

With about the saltiest of traditions behind them, boatswains mates are the sailors' sailor. Today they are the men in charge of all deck operations, deciding which decks to be swabbed, bulkheads painted, and lifeboats ready to lower. In olden days he was one of the most important men aboard. Some of his subordinates were the coxswain who was in charge of the cock boat, the largest boat on board, and also the sailmaker.

Predecessor to today's commissaryman was "Jack-o'-the-dust," or "Jack-of-the-bread room." These men, who were supplymen to the cooks, derived their names from the storerooms that often were full of flour dust.

"Chips" is a name that dates from the days of wooden ships. Also known as a carpenters mate, he was a predecessor to an aviation carpenters mate (there was a lot of wood in early aircraft.) Today a man is called a fireman. His ancestors wore known as "coal passers" and "coal heavers." Jimmy legs was the name given to the chief master-at-arms, a shipboard policeman who walks the decks the same way a policeman walks a beat. Powdermen packed black powder into the ships cannons, a must in earlier days. Their descendants still feed the smoking breeches of naval guns.

Today's Navy has some equally interesting names for its rates. "Snipes," sparks, "and deck apes" are but a few given to men who are boiler technicians, electricians and deck seamen.

Boiler technicians, today known as "snipes," have in the past been known as water tenders and stokers. These are the men that keep the ship in motion. Another man who has the responsibility of keeping the ship moving is the oil king.

The name "oil king" may suggest to some a millionaire or an Arab sheik, but he is the man who is in charge of the oil shack aboard ships. His duties include receiving and transferring fuel oil, and making tests to determine purity of fuel taken aboard.

The past 200 years have seen many changes in the U.S. Navy but the tradition of colorful names will always be there.