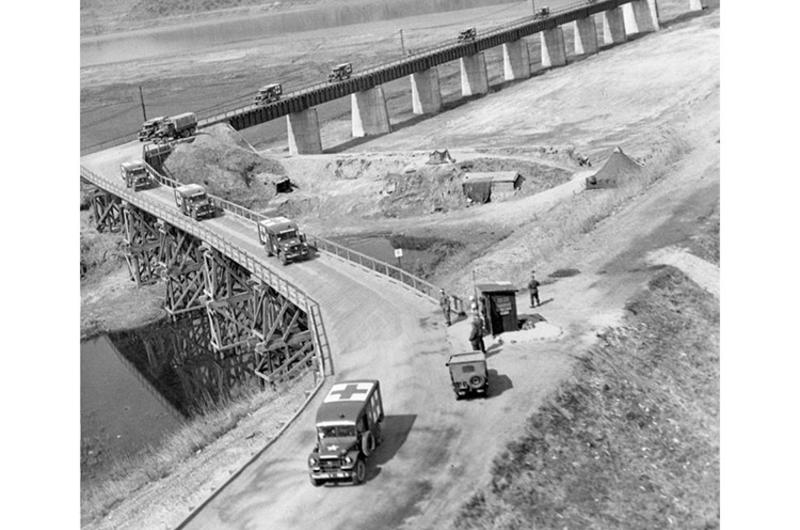 The journey back to freedom continues for United Nations prisoners of war as a southbound convey of ambulances proceeds slowly past an MP checkpoint and crosses Freedom Gate bridge en route to Munsan.

By Frank Praytor | Stars and Stripes

A convoy of ambulances carrying sick and wounded prisoners of war cross the Freedom Gate bridge, on their way to freedom and home. Two groups of 50 Allied POW each were released April 20, 1953 in exchange for 500 sick and wounded communist fighters. There were 14 Americans in the first group, 16 in the second.