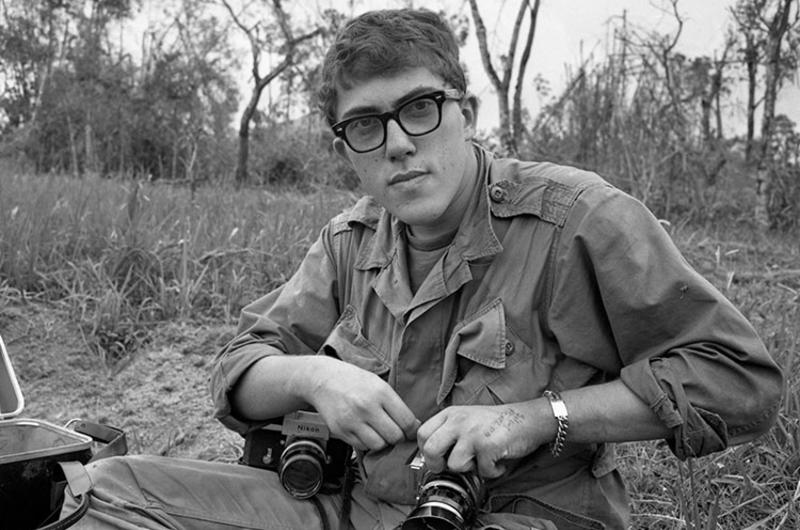 Stars and Stripes photographer John Olson. The photographer is on patrol with the cavalrymen of B Company, 2nd Battalion, 12th Cavalry Regiment as they conduct sweeps through Que Son Valley to root pockets of North Vietnamese.

Former Stars and Stripes Pacific combat photographer John Olson is known for his haunting images of the Vietnam War, particularly those taken during the bloody Tet Offensive and Battle of Hue in 1968.

“I was a highly motivated photojournalist,” he told the newspaper in 2018. “I’d been in Vietnam for a year, and if you are a combat photographer, you can’t fake it. The more dangerous the better, and I learned that the heaviest fighting was at Hue. So, I went to Hue.”

The powerful photographs Olson took as he followed the 1st Battalion, 5th Marine Regiment through Hue have often been credited with playing a role in America’s eventual withdrawal from the war.

“They were published in Stars and Stripes and also Life magazine,” said Olson of those images, which earned him the prestigious Robert Capa Gold Medal. The award is given by the Overseas Press Club of America for the “best published photographic reporting from abroad requiring exceptional courage and enterprise.”

The March 1968 issue of Life featured a six-page spread of Olson’s photos titled “The Battle that Regained and Ruined Hue.” After leaving the Army, he became the publication’s youngest-ever staff photographer.

“Like many veterans, I came back from Vietnam and I spent decades not talking about it,” he said. “But as we approached the 50th anniversary of the Tet Offensive and the Battle of Hue, I began to wonder what had happened to the young men I’d photographed.”

Olson was able to track down nearly a dozen of those Marines, interview them and capture their harrowing stories on tape.

“They told me about their time in Hue and how the years since Hue have affected their lives,” he said. “How the battle and the fighting – what impact it had on them.”

Olson eventually turned this personal project into an exhibit called “The Marines and Tet,” which ran at the Newseum in Washington, D.C., to mark the battle’s 50th anniversary in 2018.

The Washington Post described the exhibit’s centerpiece photo this way: “The picture – the most important he’s ever taken – shows a half dozen Marines sprawled atop a mud-crusted tank. One man’s arm and eye are bandaged.

lood coats another’s legs. In the foreground, a third man lays atop a wooden door his comrades used as a makeshift stretcher. His shirt has been ripped off because, in the center of his chest, is a bullet hole.”

Olson told the newspaper he had “next to no memory” of taking that photo. When he was asked how the Vietnam War had affected him, the photographer didn’t have an answer.

“I don’t have all that figured out yet,” he said.