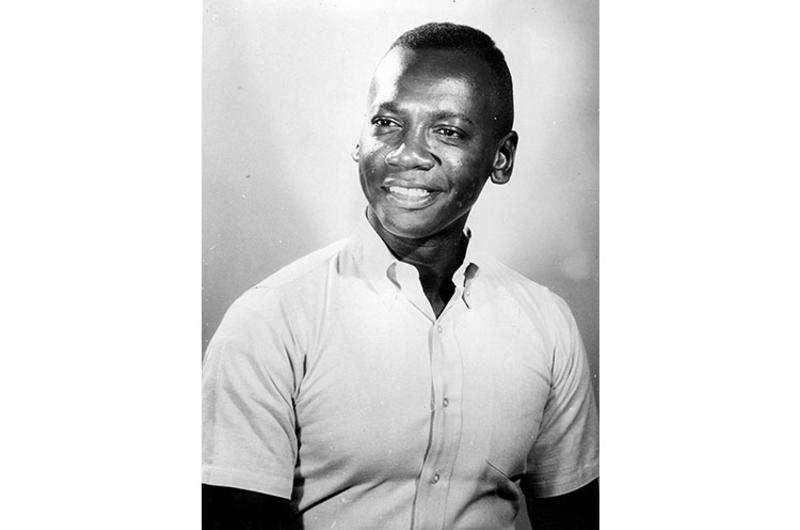 Cartoonist and former Army officer Vernon Grant, who died in 2006 at 71, is being honored with an exhibit showcasing his work at The National Stars and Stripes Museum and Library in Bloomfield, Mo. It runs until Nov. 30, 2019.

Stars and Stripes | BUY THIS PHOTO

Cartoonist and Army officer Vernon Grant had a unique ability to capture the soldier’s perspective during the Vietnam War.

“One Vietnam veteran said to me, ‘We had some terrible times in Vietnam, but we also laughed a lot,” Grant’s widow, Betsy Grant, told Stars and Stripes during a recent phone interview. Grant’s work “will make you laugh. His sense of humor was universal for all soldiers.”

The youngest of five children in a family that immigrated to Massachusetts from Barbados, Grant was 23 when he joined the Army in 1958, with segregation still a dehumanizing force in the United States. Two years in, he was invited to enroll in the Infantry Officer Candidate Course at Fort Benning, Ga., and was commissioned a second lieutenant.

Grant made captain in 1966 and went to Vietnam a year later, where he commanded the Signal Security Force, 400 men guarding 23 communications sites scattered the length of Vietnam.

Between 1966 and 1969, Grant drew comics for Stars and Stripes, under the titles “Grant’s Heroes,” “A Grant Time in Japan” and “Grant’s Grunts.” They were biting and humorous but offered a window into the soldier’s experience in Vietnam.

In one strip, a two-star general looks up at a man sitting on an elevated throne and say, “If you don’t mind coming down, Colonel … I’ll give you my ten-minute thing on ‘Command Modesty!’”

Grant left the military in 1968, after 10 years of service. He enrolled in classes at Jesuit Sophia University, which had a campus in Tokyo. He wrote three books on Army life and one on Japan: a two-volume graphic novel “Adventures of Point-Man Palmer and his Girlfriend ‘Invisible Peppermint,’” “Stand-By One!” and “A Monster is Loose! – in Tokyo.”
He told reporters in 1977 that his popularity among front-line soldiers was a bit overwhelming.

“I became an institution for the U.S. GIs who sought comic relief from the danger of combat and the boredom of army life,” he told the Cambridge Chronicle weekly in Massachusetts. “More soldiers read my books than any other cartoonist or writer in the front. I still get embarrassed when I meet someone on the street who recognizes me.”
He suffered a heart attack on a run July 7, 2006, fell into a coma and died weeks later.

“His creations of the stories of ‘Point-Man Palmer’ and cartoons in the military field as well as his science fiction world of ‘The Love Rangers’ are his legacy,” his widow wrote in her book.

Speaking with Stars and Stripes in 1972, Grant made his intentions abundantly clear. He just wanted to make people laugh.

“Translating life into humor is the biggest thing with me,” he said at the time.